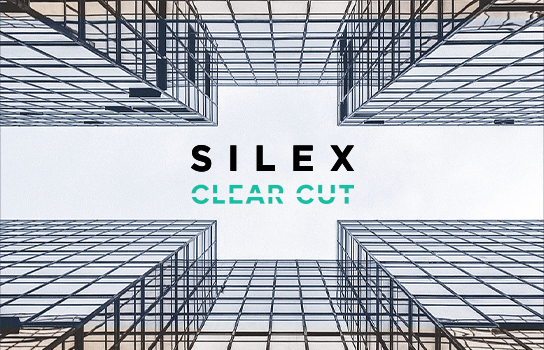 Welcome to CLEARCUT, a monthly discussion on macro and allocation

* Not yet familiar with crypto slang?  Look here.

Fear of heights_ There has been a sense of nervousness mounting in markets over the past month. Investors started to experience the fear of heights as valuations had reached historically elevated levels. Positioning also came close to historical peaks. It seems that markets will be less directional in coming months, benefiting active managers at the expense of ETFs. But what’s the right portfolio from now on?

Momentum_ The starting point of our analysis has to be that the macro backdrop is exceptionally favourable. A simple look at key business cycle indicators such as the PMIs, ISM, Tankan or Kof points to very high economic growth. In fact, our expectations that indicators would start to roll over in May proved misplaced as momentum continued to surprise to the upside.

Room to grow_ The best example of the ongoing improvement is Europe. Business surveys continued to rise in May while remaining significantly below their most recent peaks of 2017. The German ifo index could easily continue improving in the next three months and surprise to the upside, supporting broad sentiment. Capacity utilisation in the manufacturing sector is barely back above its long-term average. A virtuous cycle could unfold as higher demand leads to fresh capacity investment and in turn higher production. Similar second-round effects should materialise in labour markets. The eurozone unemployment rate stands at 8.1%, a full point above the low point reached in March 2020. Current dynamics should bring unemployment well below 7% to a potential new low in more than 30 years.

Inflating concerns_ As usual, the debate is similar but more advanced in the US. While questions about an overheating economy have dominated since February, the real shocker was the latest inflation report. CPI gains reached 4.2% YoY in April, the fastest acceleration since 2008 and the big oil spike. Taking energy out, core CPI rose 3.0%, the highest since 1996. Still, these numbers need to be nuanced in several ways. First, base effects have played an important role: April 2020 was a month of erratic prices driven by lockdowns. Second, several items in the basket have been impacted by the pandemic (used cars) due to supply gluts.

A one-year story_ Most drivers of the recent inflation spike are likely transitory, and economists would tell you that medium-term inflation is really driven by wages. The interesting bit is precisely that markets are far from anticipating run-away inflation. A close analysis of inflation swaps shows that beyond the next 12 months, expectations have barely come back to the long-term average of 2.5%. Is it too complacent? We do not think so and the proof will be in labour markets.

Too many jobs?_ The narrative for higher structural inflation is that the US is close to hitting labour supply constraints. This would mean that there are just too many jobs available for too few workers and that imbalance would generate sustained wage inflation. It may be true that a minority of workers are still too scared about Covid to risk getting back to work. It may also be true that more generous unemployment benefits are dampening job searches. But the data is unambiguous: on most metrics, labour utilisation is well below where it was in late 2019.

Measuring wages_ An additional argument about the supposedly imminent burst in inflation is precisely that wages have accelerated of late. True, average weekly earnings have accelerated to 5% YoY in the first quarter. But this data suffers from a major flaw: it does not adjust for composition effects and the fact that high-paying jobs have recovered quicker than low-paying ones. Better measures such as the Employment Cost index point to no significant change, with wages growing 3% in Q1, a stable pace since 2018.

Responsibly irresponsible_ This controversial backdrop puts unusual pressure on the Fed. In our view, the central bank is not about to make a historical policy error in letting the economy run out of control. Rather, investors are learning to live in a world where the Fed has promised to be responsibly irresponsible. Average inflation targeting implies to let prices rise faster to make up for the past. As a result, the Fed is not going to rush the exit and will rather take its time as it has been the case since 2008. A gradual change in language is likely by September and a formal decision to reduce asset purchases by end 2021. In our view, the taper tantrum is a trauma that is present enough in the Fed’s memory that it will once again prefer to err on the side of caution.

Party pooper_ Discussing the Fed and inflation is key in the context of investors seeing bond yields as the most important risk for financial markets. The latest Merrill Lynch Fund Manager Survey ranks inflation and taper tantrum as the two key tail risks, well above valuations or Covid. As discussed above, our analysis of fundamentals does not corroborate such risks. What’s the more reasonable outlook for interest rates then?

Rates rotation_ The meaningful retracement in US interest rates in May was driven by the decline in real rates, partly offset by a rise in inflation expectations. We expect limited gains on inflation components going forward. As transitory effects play out and inflation peaks around June, inflation break-evens are more likely to soften. The price action should then be dominated by real rates, themselves driven by policy expectations and positioning.  In this context, our base case remains a moderate rise in US bond yields, in steps rather than in a straight line. With speculative positioning balanced after the recent clean-up, the Fed is the main factor to watch. Another technical reason not to be overly bearish on Treasuries is that they are again attractive for Japanese investors on a FX-hedged basis. Japanese purchases picked up materially in April when Treasury yields had broken above 1.60-1.70%.

German perspective_ The picture looks quite different in Europe and the German curve has materially underperformed over the past few weeks. Both inflation and real rate components moved higher in sync, reflecting better sentiment regarding the macro outlook and less crowded bearish positioning.  With the 10Y German Bund reaching -0.1%, its highest level since mid-2019, it looked a more attractive place to seek decorrelation in case of broader market volatility. We have therefore turned neutral on European government debt for the first time in a long time.

Back to neutral_ Turning to equities, the earnings season did not prove as strong a support to markets as we had expected. The irony is that results were strong indeed, with consensus earnings expectations now above 30% for this year. Still, it seems that at least parts of the upward revisions to this year came at the expense of 2022 and 2023. From an allocation perspective, our take has been that the market would now be lacking further upside catalysts after the earnings season. With valuations and positioning high, we cut the allocation back to neutral over the month.

A song of risk and reward_ After six months of an extraordinary run, our equity risk reduction does not mean that we are expecting the market to fall abruptly. As a matter of fact, we just explained why the market’s main perceived risk (higher interest rates) does not look that much of a threat. Rather, our SPARK framework implies that current expected risk-adjusted returns are no longer higher in equities than they are in other asset classes. Our modal scenario remains that the uptrend in equities will continue for the foreseeable future.

Blurred_ The past few weeks have registered a change in market dynamics compared to the earlier parts of the year. While Momentum and Growth underperformed again, small capitalisations and cyclicals also underperformed. Conversely, Value and Defensives outperformed. In our view, the price action is an additional illustration of the fact that positioning plays an outsized role at the current juncture. Interestingly, Momentum indices are going through significant rebalancing, with large increases in the weight of Financials and corresponding decreases in Tech.

Walking on three legs_ As a result, we favour sectors and factors where positioning is low and valuations relatively cheaper. These include essentially three segments. First, defensive sectors, such as consumer staples and utilities, have lagged in the Covid recovery and may benefit from less directional markets and more volatility. Second, cheap Value continues to look attractive: this means Energy and Banks, which benefit from strong earnings revisions and high dividend yields. Third, parts of the tech sector are screening favourably again after the recent correction. Many retail investors have left the field, organic growth is strong and valuation multiples have retraced a lot.

Commodity conscious_ We remain more cautious in commodities. Cyclical ones such as oil and copper have risen a lot and benefited from strong demand and supply gluts. However, speculative positioning is now high, making the market more vulnerable to bad news. This was illustrated recently when progress in discussions between Iran and the US led to more expected supply and an abrupt decline in oil prices. Meanwhile, the backdrop is improving for gold. More volatility in the market makes safe havens relatively more valuable, while the recent Bitcoin rout shows that ‘digital gold’ is not exactly a store of value just yet. Obviously though, a more brutal rise in US interest rates than we expect would certainly hurt gold.

In a nutshell_ With volatility marginally higher in equities and the equity-bond correlation still positive, SPARK has turned neutral in equities over the past month. This reflects the fact that the Sharpe ratio is no longer higher than in credit despite low spreads. Our upward revision to gold expected returns improve prospects for commodities, although not enough to justify a larger allocation. Government debt continues to offer low expected return as an asset class, pushing to an active management of duration risk for the time being.

In order to offer you the best possible service, this site uses cookies. By agreeing to continue on this site, you declare that you accept their use.